THE END OF AUTOIMMUNITY

Are They Trying to Kill Us? 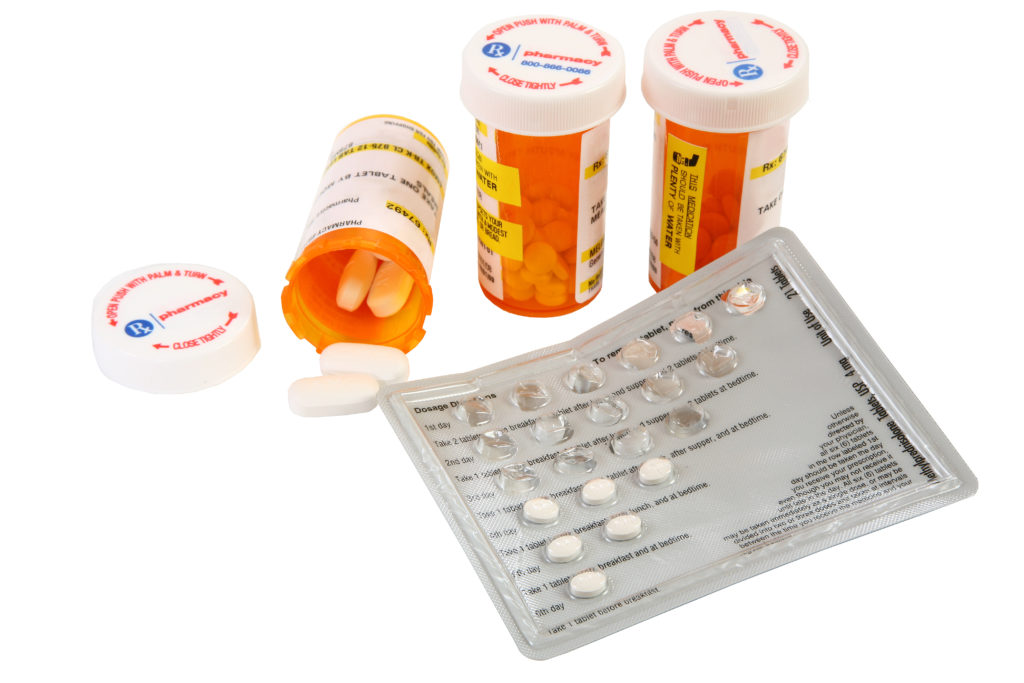 Are they trying to kill us with all of these medications?

Nearly ten years ago I entered my examination room to see a new gentleman patient who was waiting for me. I barely got into the room when he said in a firm voice; “Close the door doc, I think they are trying to kill us.” I met his request and then asked him who it was that he feared. He proceeded to open a folded paper as he stated; “The doctors.” A grin appeared on his face as he handed me the paper.

At first I thought he was pulling my leg, but was he?

On the paper were a list of side effects for a drug which his gastroenterologist had prescribed for his condition, Ulcerative Colitis, which is an autoimmune condition. The gentleman said to me; “Now you tell me doc, WHY would a doctor prescribe a drug to me, which causes the very same problems which are currently threatening my life? The very same problems for which I sought help from him!”

The man had printed the side-effects from Mesalamine, the generic chemical name for many of the most common brand name drugs prescribed by traditional community for Ulcerative Colitis. He was shocked to learn that the drug caused the very same health and life threatening issues he was suffering with, specifically; diarrhea, stomach pain, vomiting, gas, bloating, nausea, rectal pain, rectal bleeding, stomach and intestinal bleeding, dizziness, weakness, tiredness, headache, and abdominal pain.

He stated to me that his doctor had prescribed “all the symptoms of Ulcerative Colitis, in an easy to swallow caplet.” He was a real character, but he was not amused.

I proceeded to explain to him a fact, that the majority of Americans have no clue about, which I discuss in my book. The fact is that virtually every pharmaceutical drug prescribed, over time, will cause the very same negative effects for which it was prescribed. Nearly all drugs have unwanted “side effects,” which are in reality, direct unwanted effects upon the organs and tissues of the body.

I briefly discussed the obvious with him. That big money and large industries dictate the policies and procedures in this country, right down to the type of health care readily available to the citizen. I also explained to him that this behavior is not entirely the fault of the doctors, who are merely doing what they are taught and told to do.

I proceeded to place him on a high concentration of natural Immune Modulating Components, DigestaCure AUTOIMMUNE-X, and within weeks his symptoms dissipated. When he realized that the drugs he had been prescribed were never needed from the start, he was yet further astounded, grateful, and yet a little more infuriated.

I have seen this story repeated a thousand times over, with multiple autoimmune conditions (see the list below).

I am teaching any person or practitioner who wants to understand this simplistic natural method for eliminating Autoimmunity.

Eventually, the public will come to understand that these conditions can be easily overcome by simply feeding the immune system these specific components, and restoring balanced immune function.

List of Autoimmune Diseases for which millions are suffering with Unnecessarily

Every one of the following conditions has the same root-cause driving-force; Autoimmunity, which is the Immune System attacking different areas of the body, causing different types of damage, dysfunction, and symptoms.

Each area of attack has been given a name by the disease-industry, as if each were an individual misfortune.

Each condition listed is a group of symptoms caused by the root-disease Autoimmunity. Each is simply a consequence of a different area of attack.

If you have several of these “conditions”, that means that you simply have several areas of attack from the root disease; Autoimmunity, – each area is tagged with an industry name or term.

When accuracy is restored to immunity with concentrated Immune Modulating Components, Autoimmunity is eliminated and subsequently symptoms subside and healing begins. Autoimmunity is the Fire at the root which must be eliminate for healing to begin and recovery to occur. Take as directed.

The Best Source For Immune Modulating Components is DigestaCure® AUTOIMMUNE-X®

PrevPreviousI have found that Fibromyalgia is Autoimmune driven or related, and is easily healed.
NextEliminate Autoimmune Conditions with Immune Modulating Components.Next 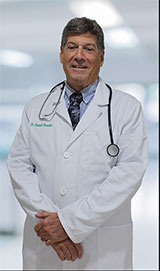 “Incurable” Diseases can now be HEALED! Chronic Autoimmune Conditions can now be eliminated by restoring ACCURACY to the IMMUNE SYSTEM, and allowing IMMUNITY to heal the body. 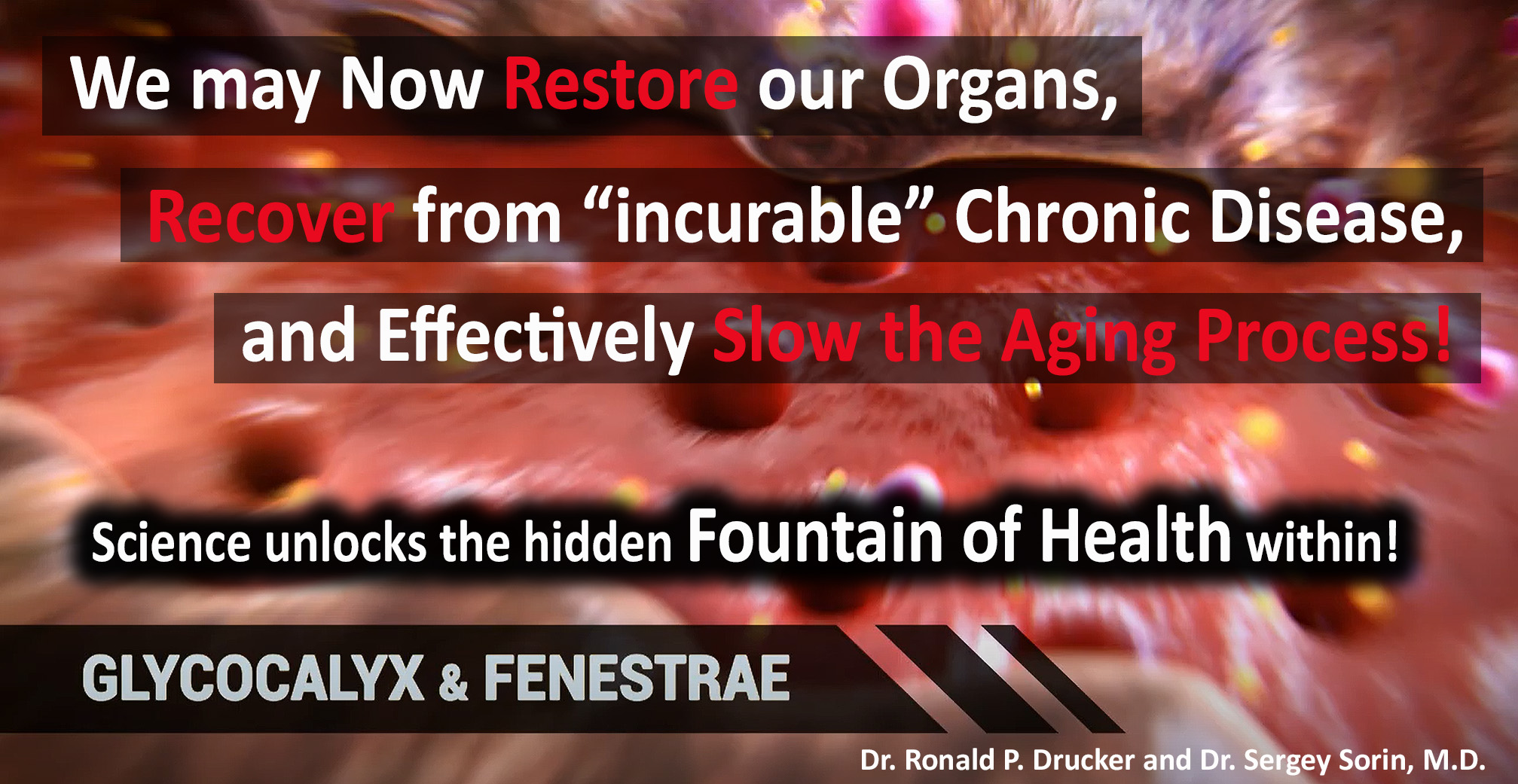 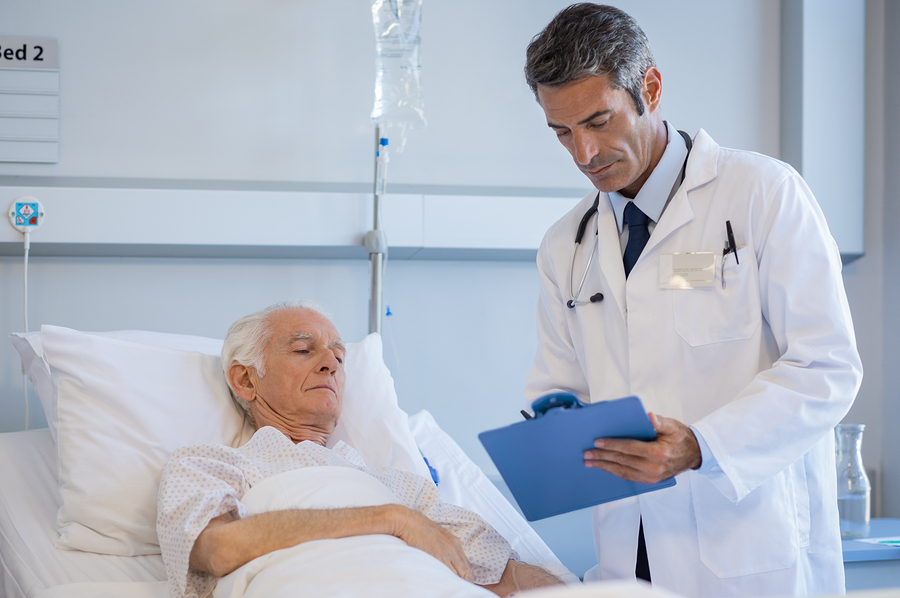 Is it “Healthcare” or Disease Care? 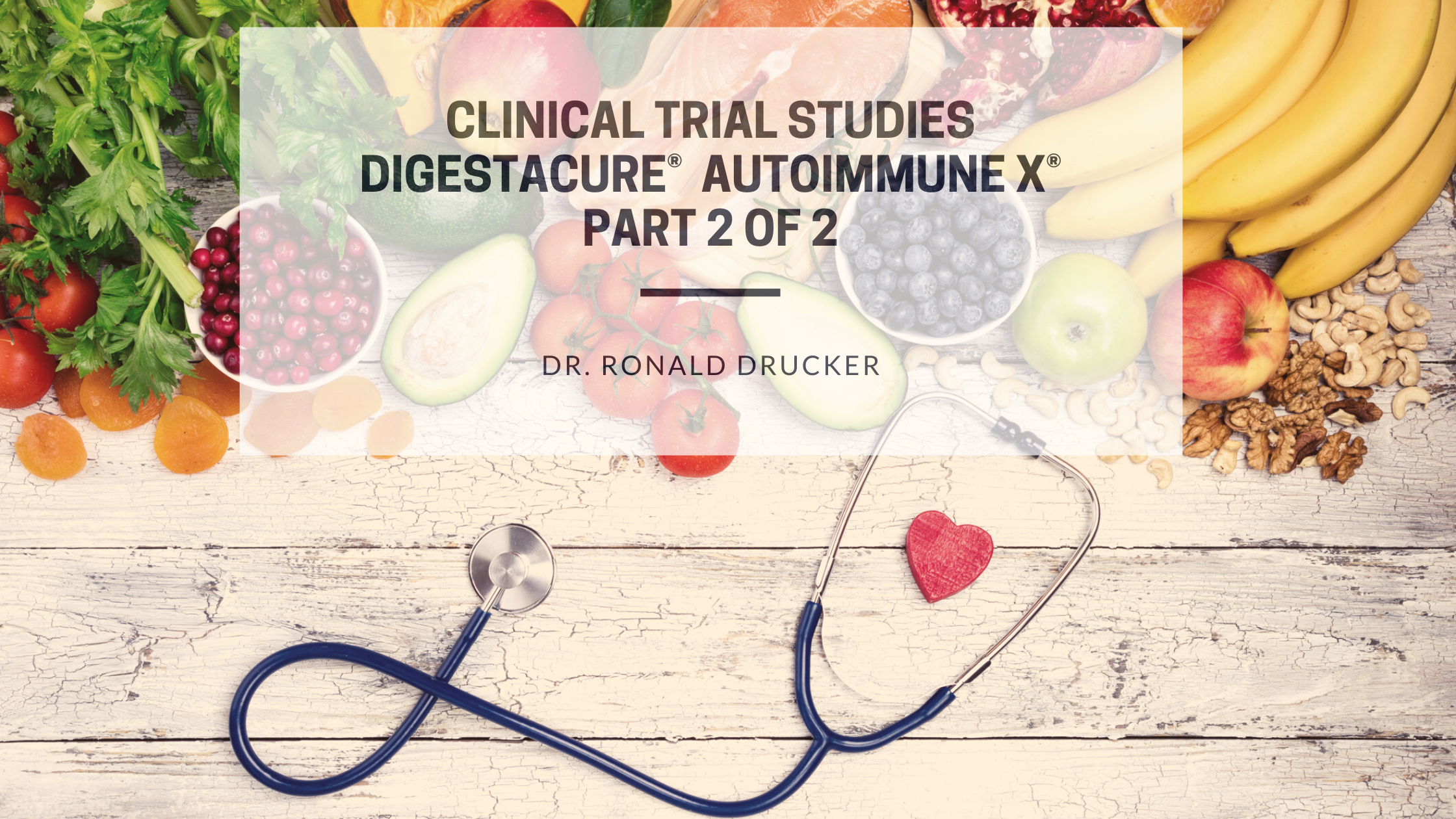 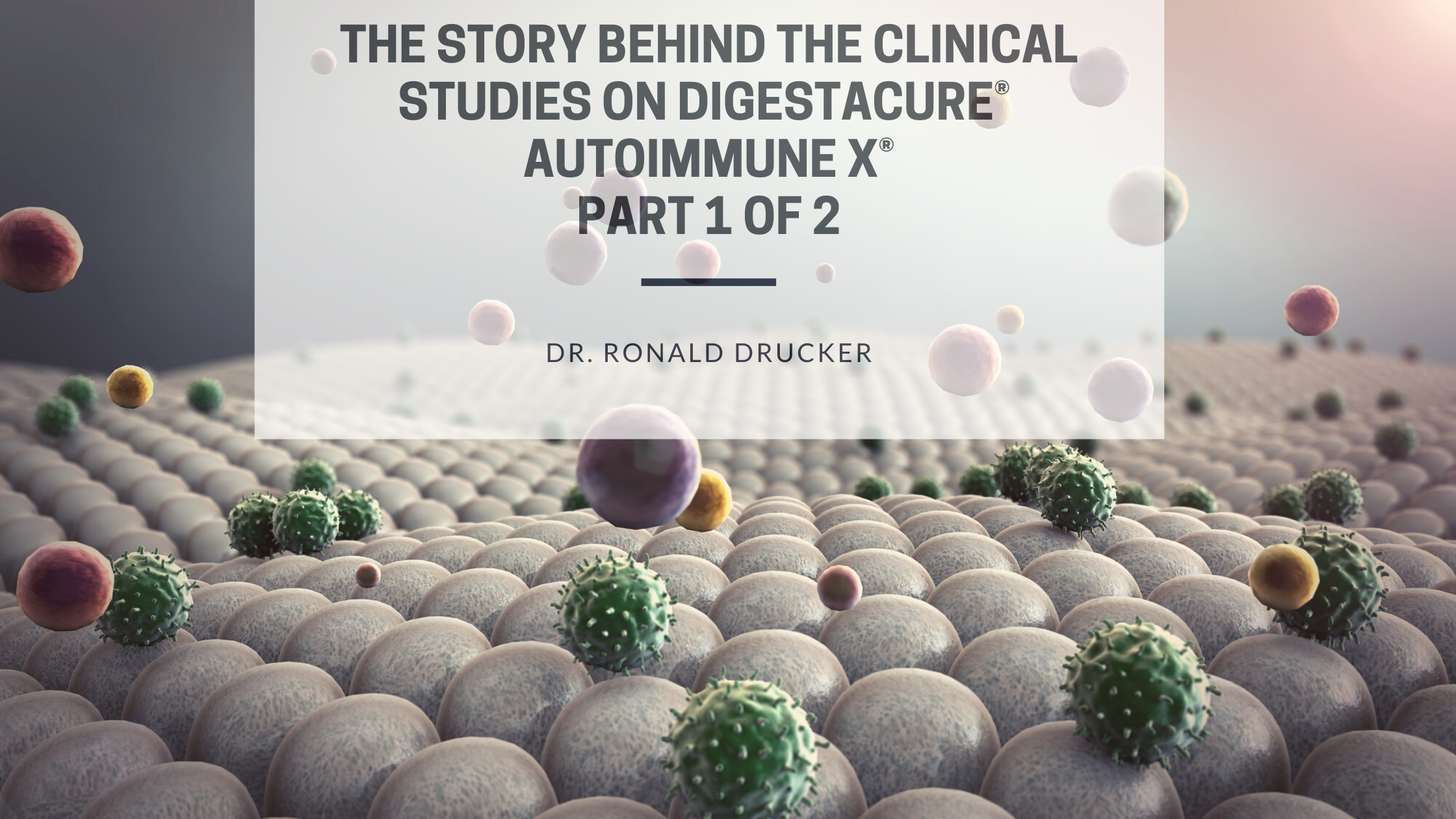 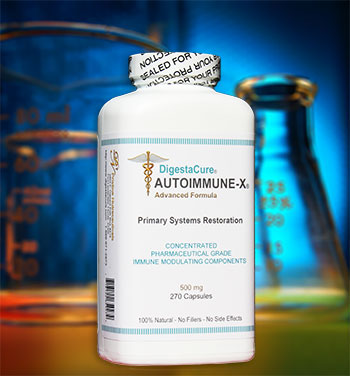 DigestaCure® AUTOIMMUNE-X® are the potent Immune Modulating Components which I, and over 100 of the nations top immune restoration practitioners are using, in the elimination of autoimmune conditions. Dr D.

DigestaCure® AUTOIMMUNE-X® has gone mainstream in the Holistic Medical Community. Hundreds of the nations’ top immune restoration doctors are now using the product successfully. PHASE 2 and 3 CLINICAL TRIALS demonstrate an average 88% therapeutic improvement in patients with autoimmune conditions, inside of 12 months. The study results closely mimic the results obtained unofficially over the last 10 years. Begin Your Healing Process Today. 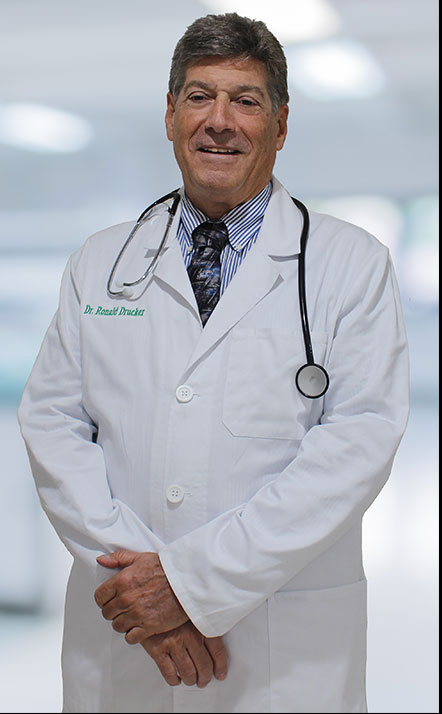 Dr. Drucker is a natural healing physician with 21 years of experience in healing Autoimmune Conditions, spreading the word about healing Autoimmune Conditions, and teaching other physicians how to heal autoimmune conditions. “I am able to openly teach any individual or practitioner, and spread the word that these “incurable conditions” are indeed very easily healed, because I am an independent who is not selling drugs or supplements, and who is not being compensated by any party who is. I am referring the individual and practitioner to a healing procedure, and I am charging no fees to do so.”

By extracting, stabilizing, and concentrating the active healing ingredients in aloe, DigestaCure® AUTOIMMUNE-X® contains over Sixty Eight (68) times the active healing ingredients compared to any other product, as confirmed via independent size-exclusion chromatography testing. NOTHING Comes Close to The Endless Health Benefits of DigestaCure® AUTOIMMUNE-X®

From the Published Research Studies, and my direct experience, the active ingredients in DigestaCure® AUTOIMMUNE-X®:

Stem Cells Can Heal and Regenerate

Stem cells are the foundation cells for our bodies. These highly specialized cells that make up our organs and tissues, originally came from an initial pool of stem cells that formed shortly after fertilization. Throughout our lives, we continue to rely on persisting stem cells to repair injured tissues and replace cells that are lost every day, such as those in our skin, hair, blood, muscles, nerves, lining of our gut, brain and all other the organs and glands.

For centuries, men of medicine were under the assumption that when injury, such as a cut through the skin, fat and muscle occurred, that by cleaning and binding the wound together, the muscles and skin would grow into each other, thus healing the wound. By the 1960s, with the help from microscopes and modern technology, man discovered that it was actually stem cells filling the gap of the wound, “differentiating” or transforming themselves into muscle, fat, and skin cells needed to mend the wound.

How Powerful are They? Can Stem Cells Heal Damage as Severe as Paralyzation?

When Kristopher Boesen of Bakersfield regained consciousness after losing control of his car while driving in wet conditions, he was paralyzed from the neck down. The prognosis was grim: he was told that he might never regain control of his limbs again.

But he has. At least some of them. He has movement in his upper body and can use his arms and hands. He can feed himself, text friends and family and even hug them. To him, this means that he has his life back. How did this miracle come about?

Kris was offered the opportunity to participate in a human clinical trial at the University of Southern California and Asterias Biotherapeutics. He is one of five previously paralyzed patients who experienced increased mobility after being treated with Stem Cells. 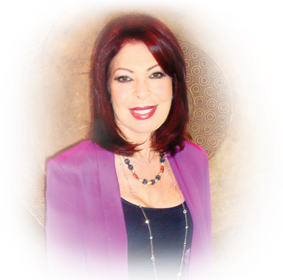 Total Body Homeostasis or Total Physiologic Stability is a bodily status where all Systems, Organs, and Cells are functioning perfectly as designed, without interference from physiologic stress, disease, or premature aging (deterioration). Homeostasis is characteristic of a system that regulates its internal environment and maintains a stable, relatively constant condition of properties. It is a state where all bodily parameters and markers exist within a normal range of values. This is the proverbial “State of Perfect Health.” Total Body Homeostasis is key to life, and failures in homeostasis can lead to hundreds of various diseases, and premature aging. Homeostasis can be defined as an Ease or normalcy of bodily functions and processes. Disease or Dis-Ease can be defined as trouble, – the lack of Ease. In my 35 years of experience, I have continually witnessed that many patients can ingest all of the best foods and quality supplements available, never reach Homeostasis, and still fall victim to disease and premature aging.

Imagine ingesting One Substance, containing the properties which create the very foundation necessary for Total Body Homeostasis, whereupon all other quality substances ingested then may have access to perform their individual benefits. I have found this substance to be DigestaCure® AUTOIMMUNE-X®, and the healings I have accomplished in the last 2 years I have used it with patients, far outweigh all of the former.

A successful innovator, educator, and lecturer in the fields of holistic health and natural healing for over 35 years, Andrea Larsen is highly regarded among the top authorities on nutrition and healing in South Florida. As an integrative practitioner utilizing a complementary approach, her goal is to promote your health and happiness by providing individualized programs to support your total wellness.

Dr. Derrick DeSilva, M.D., and Dr. Jeffrey Gladden, MD, FACC throw new light on the question by looking at the endothelial glycocalyx. That’s the microscopic film covering and protecting the vascular endothelium within the arteries.

“It is the clotting in response to plaque disruption, not the plaque accumulation in the arteries per se that poses the real threat. 75% of heart attacks occur at arteries that are less than 50% blocked…”

“To protect endothelial function, we must support its existing natural protection, the endothelial glycocalyx.”

International Journal of Biological Sciences: “Alterations of endothelial cells and the vasculature play a central role in the pathogenesis of a broad spectrum of the most dreadful of human diseases, as endothelial cells have the key function of participating in the maintenance of patent and functional capillaries. The endothelium is directly involved in peripheral vascular disease, stroke, heart disease, diabetes, insulin resistance, chronic kidney failure, tumor growth, metastasis, venous thrombosis, and severe viral infectious diseases. Dysfunction of the vascular endothelium is thus a hallmark of human diseases.” Int J Biol Sci. 2013; 9(10): 1057–1069.

The endothelial glycocalyx protective linings are made up of and supported by the glycoproteins and other stabilized components found in DigestaCure® AUTOIMMUNE-X®.

Every one of the following conditions has the same root-cause driving-force; Autoimmunity, which is the immune system attacking different areas of the body, causing different types of damage, dysfunction, and symptoms.

Each area of attack has been given a name by the disease-industry, as if each were an individual misfortune.

Each condition listed is in reality, a specific group of symptoms caused by the root-disease; Autoimmunity. Each is simply a consequence of a different area of attack.

If you have several of these “conditions,” that means that you simply have several areas of attack from the root disease; Autoimmunity, – each area is tagged with an industry name or term as if it were the root-disease in itself.

When accuracy is restored to the Immune System, Autoimmunity is eliminated and subsequently healing begins and symptoms progressively subside. Autoimmunity is the fire at the root which must be eliminated for recovery to occur. Take DigestaCure AUTOIMMUNE-X as directed. – Dr. Sergey Sorin M.D.